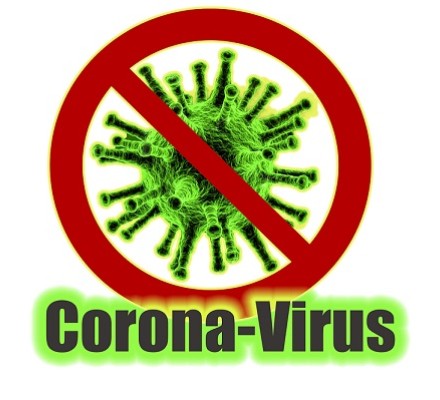 CoronaVirus Update:
There's an old saying. "When life hands you a lemon, you make lemonade". Indeed, this Corona-Virus is a lemon, a lemon that has closed schools throughout the world. This 94 year old WWII Veteran, and founder of Yes Pa, says to educators, "Yes Pa can be a free and easy to use computer home connection to parents, grandparents and children during the Corona Crisis. I plead with you to put the program to work during this crisis. Note how in each chapter there are questions that connect the parent to the child."
— Fred Sarkis, Author

Yes Pa Helps Bring Success Into the Lives of Others

The mission of the Yes Pa Foundation is to assist young people and adults in developing positive character that includes a strong sense of control of their future with a positive attitude and perseverance.

Nearly 2,000 schools in the US and beyond have embraced the Yes Pa Program for middle school students. This 6-week, 4-step program is research-proven to be very successful in middle schools as well as for mentors of both youth programs and prisons for youthful offenders. In the study of ethics, Yes Pa is being embraced by colleges and universities. 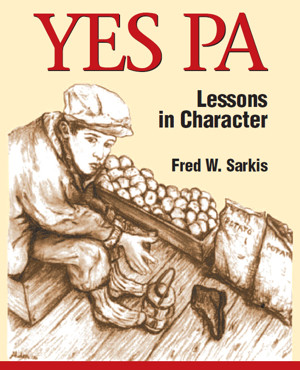 In the summer of 1938, three major events changed the life of Fred Sarkis forever. These three, 5-minute lessons are the basis of the Yes Pa program.

By selling strawberries door-to-door in the summer, Fred learned the power of enthusiasm. He also learned the importance of an education and the golden rule. A talk with his Pa made Fred realize that only he was responsible for where he would go with the rest of his life. Fred turned the truck into a study center, and at night, Fred studied under a kerosene lamp. He thought, "Abe Lincoln did it, why can't I? And he became president of the U.S."

(Selling Strawberries) — This lesson changed Fred's attitude from negative to positive. He immediately stopped being shy and timid. He became friendlier and happier.

(The Basket Story) — One fateful day, Fred made the biggest decision of his young life. He realized he was responsible for the course his life would take, his destiny. He firmly believed that if he studied hard, he could be anything he wanted to be.

(The Golden Rule) — Do unto others as you would have them do unto you. Be fair and honest. Do not lie. Do not cheat. Do not steal. Be the same in school with your classmates, with your friends, with your family, when you get married, when you have children, or if you work for someone or are in business for yourself. You will be happier and a more peaceful person.


"These three, 5-minute lessons by my father, gave me a strong belief that I could escape the prison of mediocrity. I learned the importance of speaking up, openly and honestly. I would fight the good fight with enthusiasm. I would try to win every battle fairly and squarely. I would be equipped to overcome every hardship in my life. I would confront any struggle or problem with the patience I learned on the Prison-Truck. I would turn each difficulty or hardship into a success story. Nothing was impossible." — Fred W. Sarkis

The Yes Pa curriculum is based on Fred's book, Prisoner of the Truck, and the real lessons he learned from his father as a child. This true story starts with Fred's perception of a childhood prison on his immigrant Lebanese father's fruit and vegetable truck. It was a 6-day, 100-hour-a-week job as Fred's Pa went door-to-door selling the fresh fruits and vegetables he'd purchased from farmers.

At age 8, in the summer, while other kids were playing on the sidewalks and streets of Rochester, NY, Fred had to work on the truck. During school months, Fred especially hated work on Saturdays. It was 5:00 a.m. to 11:00 p.m., the last call being at a bar.

In school, Fred didn't like being called a pigeon-toed, bow-legged, knock-kneed, or dark-skinned boy. He hated school and did poorly. He sulked from age 8 to 12. The only communication he had with his father was answering "Yes, Pa" when his father ordered him around. At age 12, three 5-minute talks with his father changed Fred's attitude and life. 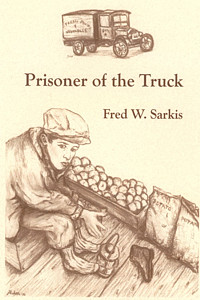 The results of two independent science-based outcome studies support the significant impact of the Yes Pa program. Students showed significant increases in their belief that they have control over their future and that positive outcomes are related to their efforts. They were also less likely to attribute their success to luck or other factors outside their control. Research has shown that young people, who believe in control of their outcomes, are more likely to pursue and be successful in education and are less likely to become involved in substance abuse and other problem behaviors.— Rob Lillis, Evalumetrics Research 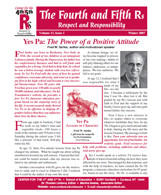 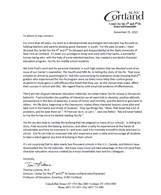 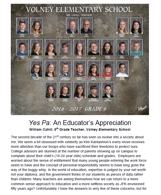 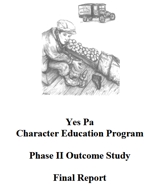 The Yes Pa Foundation is a 501(c) 3, tax-exempt, charitable organization that provides FREE character education tools as a gift from Fred W. Sarkis.